‘Word of Faith’ is no faith! 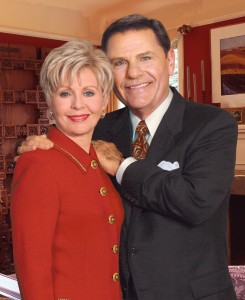 The ‘Word of Fath’ movement, also referred to by its critics as ‘name it and claim it’, is not a denomination and does not have a formal organisation or a recognisable hierarchy. It is heavily influenced by pastors such as Kenneth Copeland, Benny Hinn, Creflo Dollar, and the late Jan and Paul Crouch, amongst other notable preachers.

This doctrine is known primarily for its emphasis on the pursuit of health and wealth, both of which can be obtained through ‘positive confession’ and/or ‘acts of faith’ (such as donating money or in more extreme and dangerous circumstances, throwing away medicines).

At the heart of the movement is the belief that there is a ‘force of faith’ that operates outside of the sovereign will of God and that even God himself is subject to this law, and that by merely speaking things into existence you will receive health and wealth. This borders on idolatry, turning a man into a god and lowering the status of the Creator of the universe to no more than that of a man.

It is believed by ‘Word of Faith’ proponents that before the fall (in the Garden of Eden) humans could manipulate this ‘force of faith’ and have appear before them anything they desired.

Apparently, once humans had sinned and the fall was in full operation after our expulsion from Eden, we lost this ability. However, with Christ’s redeeming death on the cross and subsequent resurrection, this ability was ours once more and Christians were apparently taking back what the devil had stolen from us.

Those who promote the ‘Word of Faith’ doctrine (either because they genuinely believe it, or do so to gain a financial benefit or both) say that a lack of faith often leads to illness, sin and failure.

This deception has drawn in many unsuspecting Christians causing them to put their trust into what can only be called a Satanic deception. Jesus called this age-old adversary of God, “The father of lies” and many believe that Satan, through the ‘Word of Faith’ movement, is still up to his old tricks. In Genesis 3:5 we read that Satan told the first humans, “You shall be as God”, and this is exactly what this doctrine is preaching.

The ‘Word of faith’ movement and its teaching is decidedly unbiblical. For further study check out this excellent book available on Amazon entitled ‘A Different Gospel’.

My Revelation During Bible Study of The Gospel of John.

What Do You Want?